Giving back just as they received

Trina Liang-Lin and Edmund Lin were personally impacted by the generosity of others. Now, they’re paying it forward.

Trina Liang-Lin and Edmund Lin decided to start the Lin Foundation to support causes they are passionate about.

Throughout their lives, married couple Trina Liang-Lin and Edmund Lin have seen and known the kindness of others.

From her days as a student at St. Joseph’s Convent, Trina recalled seeing plaques at school, etched with names of donors who gave money to build the school hall. She was surprised that someone who had no relation to the school would do something so meaningful. That memory stayed with her for a long time. Later, she was offered a scholarship to study overseas as she did well academically – an experience she called “life-changing”.

Ed and his family too benefitted from the kindness of others. His parents came to the US as struggling students. An American couple looked out for his mother and even offered to host his parents’ wedding ceremony in their backyard. He too was awarded a scholarship that eased the financial burden on his parents.

Having been touched by acts of generosity, the couple has paid it forward by supporting various causes.

“The secret of success in a lifetime is knowing when enough is enough for you. The amount is different for everyone.

It’s not a specific number or even at a certain age.”

Trina, who is the managing director of Templebridge Investments, is the past president of the Singapore Committee for UN Women and sits on various non-profit boards. Ed, who is a partner and founding member of Bain & Company‘s Singapore office, has contributed his time and expertise to the boards of Singapore Management University (SMU) since 2004.

For their 20th wedding anniversary in 2016, they decided to go one step further and do more. They established the Lin Foundation, which is focused on various causes.

It is not often that people their age start a foundation, but the couple felt it was the right time for them to do this, given that they have already accomplished much in their careers and personal lives.

Trina said, “The secret of success in a lifetime is knowing when enough is enough for you. That amount is different for everyone. It’s not a specific number, or even at a certain age.”

They explored various ways to get started but were convinced that they should work with the Community Foundation Singapore (CFS) after speaking with its chairman Laurence Lien.

One reason why they felt CFS was a good fit was because of its wide reach across many charitable sectors. The Lin Foundation supports causes that are close to the couple’s heart including education for women and children, gender equality, animal welfare and the arts.

As young, busy professionals, CFS assists the couple with the administration needed to manage a foundation and provides grantmaking expertise.

Trina said, “This is a long-term commitment for us, so setting up a fund with CFS helps to structure and evolve our philanthropic activity. We can tap on CFS’s philanthropy advisory to enhance our strategic decision-making and monitor outcomes.”

Ed said, “CFS has been extremely helpful in helping us create the right infrastructure and formalise what we are doing. Looking ahead, we can scale it further.”

One initiative of their foundation that Ed is particularly proud of is supporting scholarships for SMU students who require financial aid to go abroad.

He said, “Giving creates a lot of meaning in our lives, and it’s something that I look forward to doing. The pursuit of economic goals can only take you so far, but to give back in a purposeful way creates great energy.”

Behind every act of generosity, there’s a story of life and the wisdom of good advice.
Begin your own journey of giving with CFS. Reach us at 6550 9529 or contactus@cf.org.sg today. 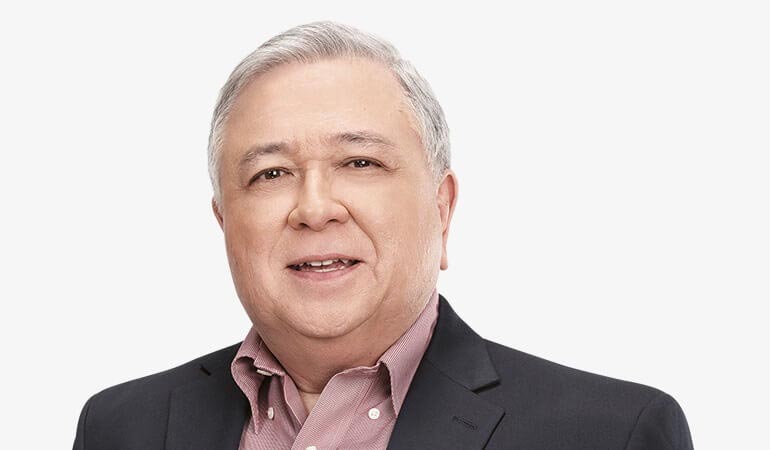