Helping migrant workers with a home and a heart 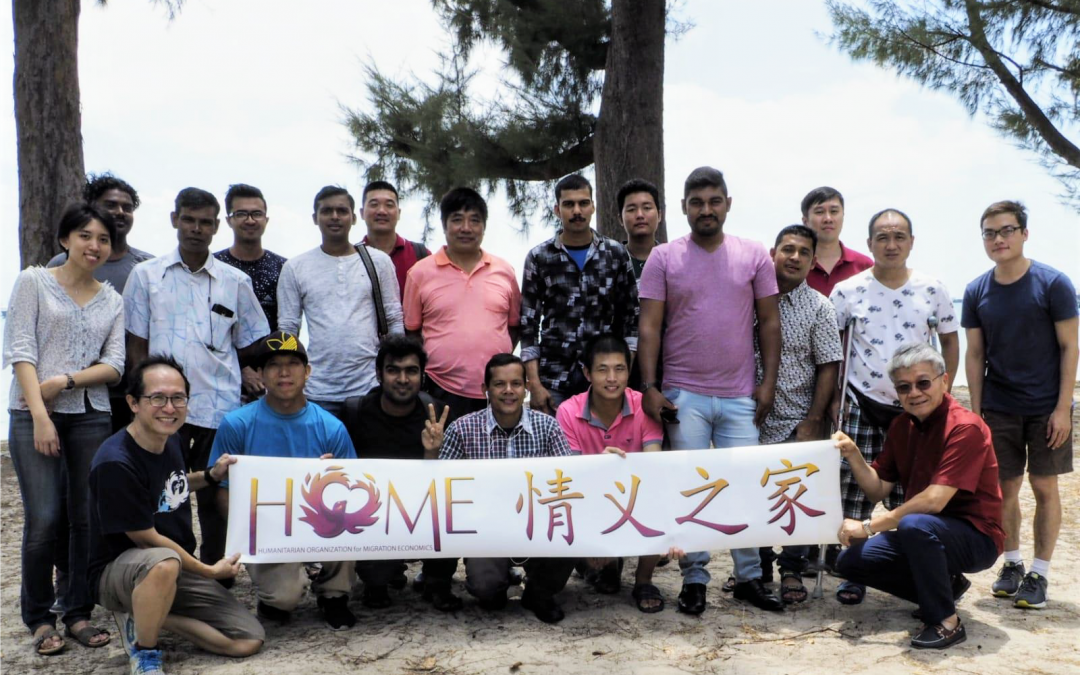 When Li Meimei*, a single mother of two young children from Chongqing, China came to Singapore last year, she had hoped to be able to work to pay off the loan of RMB 200,000 (SGD 40,000) which she had taken out in her home country.

However, she got far more than she had bargained for when she started working for a beauty and massage parlour in Singapore. Not only did Li have to pay kickback to her employer, she was also coerced to perform illicit acts for customers. When Li refused, she was punished with menial labour such as cleaning and clearing out rubbish.

While working, Li suffered a fall and fractured her tailbone. Her employer was unsympathetic, and after discovering that Li would take a long time to recover, cancelled her work permit and attempted to repatriate her without compensation of salary or returning her kickback.

Eventually, Li managed to seek reprieve when she approached the Humanitarian Organization for Migration Economics (HOME). HOME is supported by the Migrants Emergency Assistance and Support (MEANS), a Community Impact Fund (CIF) managed by the Community Foundation of Singapore (CFS). HOME provided Li with shelter, food and a transport allowance, even paying for her medical bills which allowed her to continue treatment for her injury.

Singapore is host to more than a million low-skilled and semi-skilled migrant workers from countries in the region, and many of these workers experience similar situations faced by Li Meimei. Unpaid salaries, overwork, physical and psychological abuse are the problems that some of these men and women have to endure during their employment in Singapore. A significant number of migrant workers are also victims of forced labour and human trafficking.

Through CFS’s casework team, HOME was able to assist 1,400 marginalised migrant workers in 2019. Out of that number, 409 workers were provided with financial assistance to pay for temporary accommodation, seek medical care and buy food. CFS disbursed a grant of over $47,500 in June 2019 using donations via Giving.sg. Such financial assistance is also extended to support male migrant workers who are evicted from their dormitories, or for migrant workers to purchase flight tickets and bus rides to reach their home countries safely.

HOME received IPC charity status in 2004, and continues to be one of the few organisations in Singapore that provides support to migrant workers and is dedicated to upholding their rights. Their efforts are primarily directed towards the welfare and empowerment of migrant workers, which are focused on but not limited to shelter, transport, crisis support, skills development, counselling and medical needs.

*not her real name