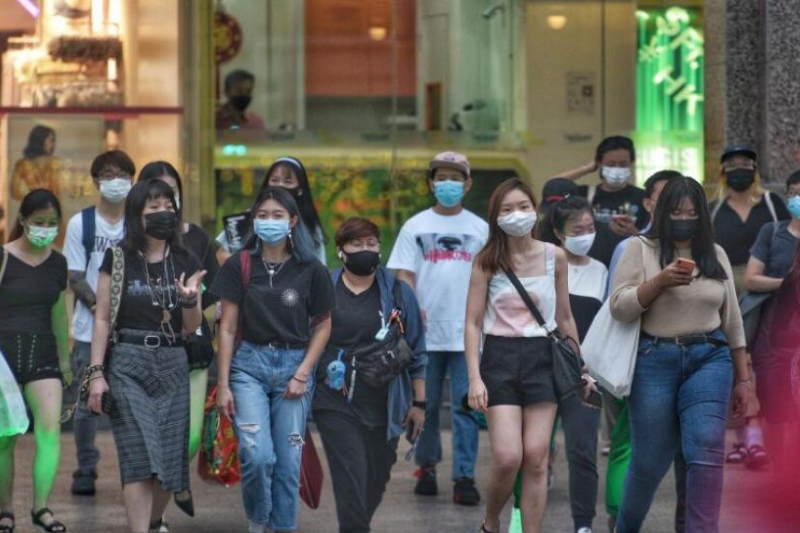 The world is far from being equal and fair for women, and the Covid-19 crisis has amplified this disparity.

As the global Covid-19 vaccine roll-out promises light at the end of the tunnel, the world is still accounting for the pandemic’s disproportionate impact on women and, consequently, the sacrifices they have made during this time – whether it is at work or at home.

Singapore recognises this and has declared 2021 as the Year of Celebrating SG Women. Meanwhile, this year’s theme for International Women’s Day on March 8 is “Women in leadership: Achieving an equal future in a Covid-19 world”.

How can we enshrine women’s economic value through permanent action, thus forging a new dawn for working women post-pandemic?

The world is far from being equal and fair for women, and the crisis has amplified this disparity. Women form 39 per cent of global employment but account for 54 per cent of overall job losses, according to McKinsey Global Institute. Covid-19 has also made women’s jobs 1.8 times more vulnerable than men’s jobs.

In a Deloitte Global survey that polled 400 working women across nine countries, nearly 82 per cent said they had been adversely impacted by the pandemic – largely due to shouldering more caregiving/homeschooling responsibilities. Of these, nearly 70 per cent were concerned about career progression.

Yet the fundamental human right of gender parity presents a critical economic opportunity. Righting the imbalance will help increase women’s economic participation and foster a more inclusive economy, which can drive sustainable development worldwide. This could mean adding US$13 trillion (S$17.3 trillion) to global gross domestic product (GDP) in 2030, according to McKinsey. But if nothing is done, global GDP growth could fall by US$1 trillion in 2030.

To counter this disparity and create an equal future for women, corporate and government policies must support women’s full economic participation. To do this, we should recognise three formidable identities of women: as worker, consumer and investor.

When schools in the United States resumed last September and instituted home- based learning, 80 per cent of the 1.1 million job-leavers were women. In December, women lost 156,000 jobs while men gained 16,000. To top it off, one in four women in the US is considering leaving the workplace due to challenges created by Covid-19, according to a joint report by McKinsey and LeanIn.org.

If issues are not addressed now, there would be fewer women leaders in the future.

Suffice it to say, there is still no equal pay for equal work. Singapore women still earned 6 per cent less than their male peers for doing the same work, according to a January 2020 report by Ministry of Manpower researchers Eileen Lin and Grace Gan and National University of Singapore economist Jessica Pan.

This is despite more women having higher educational attainment and increased workforce participation. Researchers attributed this difference to caregiving, a role that usually falls on women. Time taken off work leads to gaps in work experience, which affects career progression and earnings.

The gender pay gap was also due to women being more prevalent in sectors such as hospitality and healthcare having lower pay, compared with male-dominated occupations such as doctors and science, technology, engineering and mathematics professionals with typically higher pay.

Company and national policies should be designed to retain women workers. They should include tools for women to work remotely, retrain if necessary, maintain work- life balance as well as paid-leave policies that encompass childcare and eldercare.

In Singapore, a change in whole-of-nation/society mindset to share domestic responsibilities more equally is underway, with incentives for firms to adopt flexible work arrangements and increase paid paternity leave. This is significant, given the deep-rooted Asian mindset of gender stereotypes, and could pave the way for other Asian nations to follow.

By 2030, 100 million more women will enter the global workforce, according to Frost & Sullivan’s Global Mega Trends to 2030.

This means that economic and financial power will shift significantly towards women. In fact, a Nielsen study showed that women are set to control 75 per cent of discretionary spending by 2028. Not only do they shop for themselves, they generally are in charge of household purchases. And if they like a brand, 85 per cent of women will remain loyal to it, Nielsen reported in 2018.

Yet media campaigns have been found lacking. In a 2018 study by Omnicom Media Group that surveyed 1,000 people, 39 per cent felt that advertising did not represent all genders accurately and 30 per cent said that brands misrepresented them and their gender.

Meanwhile, advertisements in Singapore were six times more likely to show women doing housework than men, and men were 32 per cent more likely to be featured in lead roles, according to a 2018-2020 study by Aware and marketing consultancy R3 of 200 television ads from Singapore’s top 100 advertisers.

Companies that pay heed to their messaging are duly rewarded. At Unilever, non-discriminatory advertising created 37 per cent more brand impact and a 28 per cent increase in purchase intent, a 2019 study by market researcher Kantar showed.

Upmarket exercise equipment company Peloton found this out the hard way. In November 2019, it released a 30-second video that showed a husband giving his wife a Peloton stationary bike. Critics slammed it for being sexist, tone-deaf and even dystopian. The backlash may have contributed to Peloton’s 15 per cent stock drop in three days, or about US$1.5 billion loss in market value. Peloton stood by its ad and insisted that the plunge was unrelated.

Companies that target the female audience should also track the percentage of women in managerial positions as well as on their boards. After all, companies with greater gender diversity were 25 per cent more likely to outperform their competition, McKinsey found in a 2020 report.

According to Boston Consulting Group, women are adding US$5 trillion per year to their assets globally and female-owned assets are likely to reach US$93 trillion by 2023. When making investment decisions, the study also found that while men mainly focused on an asset’s track record, women also considered environmental, social, and governance factors and preferred those that created positive impact as well.

Men were more willing to invest in speculative stocks that they believed would make money more quickly, but women preferred funds with a consistent record and diversified their investments, according to Warwick Business School’s 2018 study of 2,800 British men and women. The result of women’s more deliberative approach: Their returns were nearly 2 per cent higher than that of men’s, Warwick found.

As women accumulate more wealth, they are also challenging traditional notions of philanthropy. In the US, 93 per cent of high-net worth women gave money to charitable causes, compared with 87 per cent of men, according to the 2018 US Trust Study of High Net Worth Philanthropy.

Whereas donations used to be attributed to their husbands or made anonymously, women are becoming more visible on the philanthropic scene as they carve their own identities as a philanthropist, as seen in the case of Mrs Melinda Gates and Ms Priscilla Chan.

Women are also more inclined to give collectively and this has led to a proliferation of giving circles, where donors pool and decide together the allocation of proceeds. They also prefer to give to causes supporting girls and women, which they feel is most effective in addressing other societal issues, the Trust Study found.

Pre-Covid-19, the World Economic Forum estimated it would take 257 years to close the gender gap. Even as the world continues to grapple with the crisis, it is even more paramount now to take a gender lens in socio-economic policies with women playing a pivotal role in the post-pandemic economic recovery.

Trina Liang-Lin is Singapore’s newly appointed representative to the Group of Twenty for Women’s Economic Representation. She is past president of UN Women Singapore and the Financial Women’s Association, past vice-president of the Singapore Council of Women’s Organisations and past co-chair of BoardAgender.

Trina serves on the Board of the Community Foundation of Singapore since 1 September 2018.