10th Anniversary Edition – S R Nathan Education Upliftment Fund: How recipients turned their lives around with the gift of education 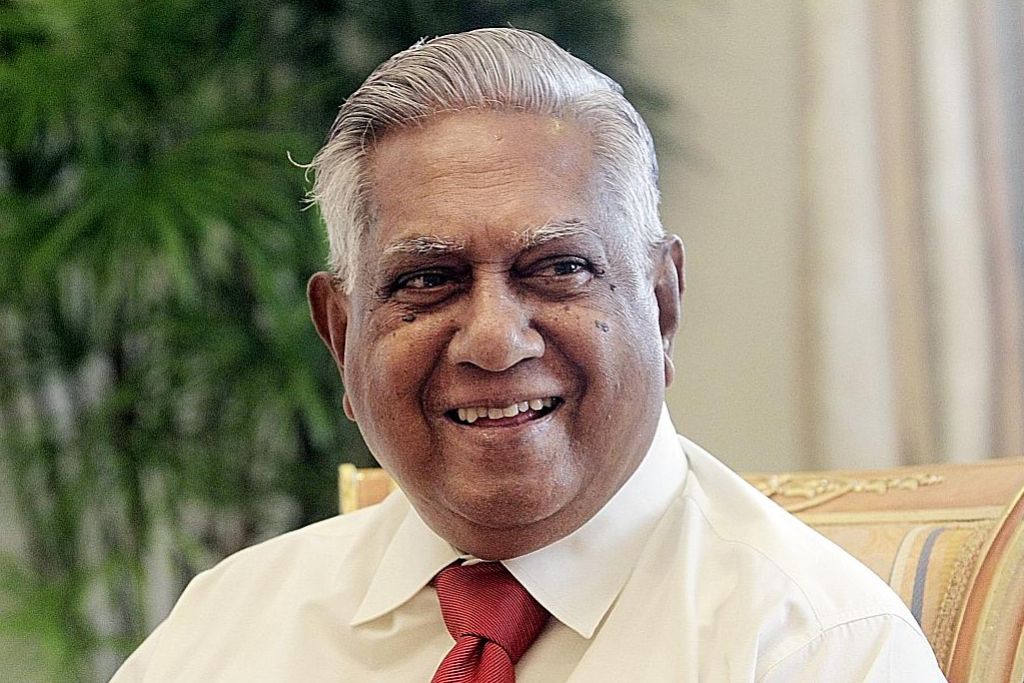 2021 marks a monumental turn of a chapter for the S R Nathan Education Upliftment Fund (SRNEUF). The fund that was set up by the late former president S R Nathan enters its 10th year of fruition and continues to fulfill its purpose of providing students financial ease to allow them to flourish in their studies.

To celebrate this anniversary, students Arshad Supa’at and Danish Said shared how their lives changed for the better through the gift of education.

Arshad, 33 years old, is currently an undergraduate at the Singapore University of Social Sciences, majoring in Social Work. He was originally studying in Millenia Institute (MI) but dropped out of school in his first year to find a job to support his family’s finances. At that time, his father, Supa’at Sarajoo, suffered from kidney failure, which resulted in him no longer being able to work.

After completing his national service and GCE ‘O’ level examination, Arshad enrolled in the Institute of Technical Education (ITE) and started work as part-time as a food deliveryman to help with expenses. Unfortunately, he was involved in a road accident and had to quit his job. With only his mother holding a part-time job to support the family, he could not turn to his family to support his education and living expenses.

His turning point came when he received assistance from the SRNEUF. The monthly allowance it provided allowed Arshad to supplement his school and daily expenses, allowing him to continue his studies whilst he recovered from the accident. He eventually went on to graduate from ITE, receiving the Tay Eng Soon Award and the Lee Kuan Yew Scholarship for Encouraging Improvement (LKY-STEP) in 2013. The SRNEUF has changed his life, allowing him to complete his education in ITE when he most needed help.

Arshad shared, “I strongly believe and am confident that education can make us equal on a social level. Regardless of your background or your social or family background, if you do your best, education can open doors for you.”

Danish is another student who has managed to turn his life around due to the aid provided by the SRNEUF.

Danish, 25 years old, had always wanted to do something related to finance, as it is an issue close to his heart. Danish enrolled in ITE at a later age compared to most of his peers as he had previously dropped out from his studies at the Republic Polytechnic when he was younger. He recounted how he had never fully focused on his education then and felt that he had unfinished business with his educational journey. Thus, he wished to prove to himself that he could do it as long as he had the right mindset.

As the youngest in the family, he feels lucky to have been offered the SRNEUF which provides him with a monthly allowance. This allowed him to focus more on his schoolwork instead of worrying about having his parents bearing his expenses. In fact, he has taken this chance to work part-time as a food deliveryman to cover his own expenses, as well as to help his parents in managing their finances.  Danish aspires to work on his skills needed to be a financial advisor, fund manager or financial analyst, to be able to provide quality advice to help those in difficulty to manager their financial decisions.

“My interest in finance started when I was little because my family always had to struggle just to meet our daily needs. It made me interested because I wanted to know how I could manage my finances better,” said Danish.

Throughout the years, the SRNEUF has worked with ITE to provide assistance to underprivileged students who require financial help. Since 2012, the SRNEUF has supported needy students in ITE, with a total of 1,848 bursaries disbursed over the years with a cumulative grant total of $2.47 million.

“President Nathan’s life epitomises the spirit of generosity, caring and giving. He was a tireless giver. Known to come from humble beginnings himself, he was always known to have a heart for the less privileged in society. In 2011, Mr Nathan established the S R Nathan Education Upliftment Fund (SRNEUF) to provide financial support to students for their education,” said Mr Bobby Chin, the Chairman of the Grant Advisory Committee of the S R Nathan Education Upliftment Fund.

He firmly believed that education was an important social leveller which provides students from disadvantaged backgrounds an opportunity to seek a better life for themselves and their families,” he continued.

To transform lives with your giving, get in touch with us at contactus@cf.org.sg or read more about it here.