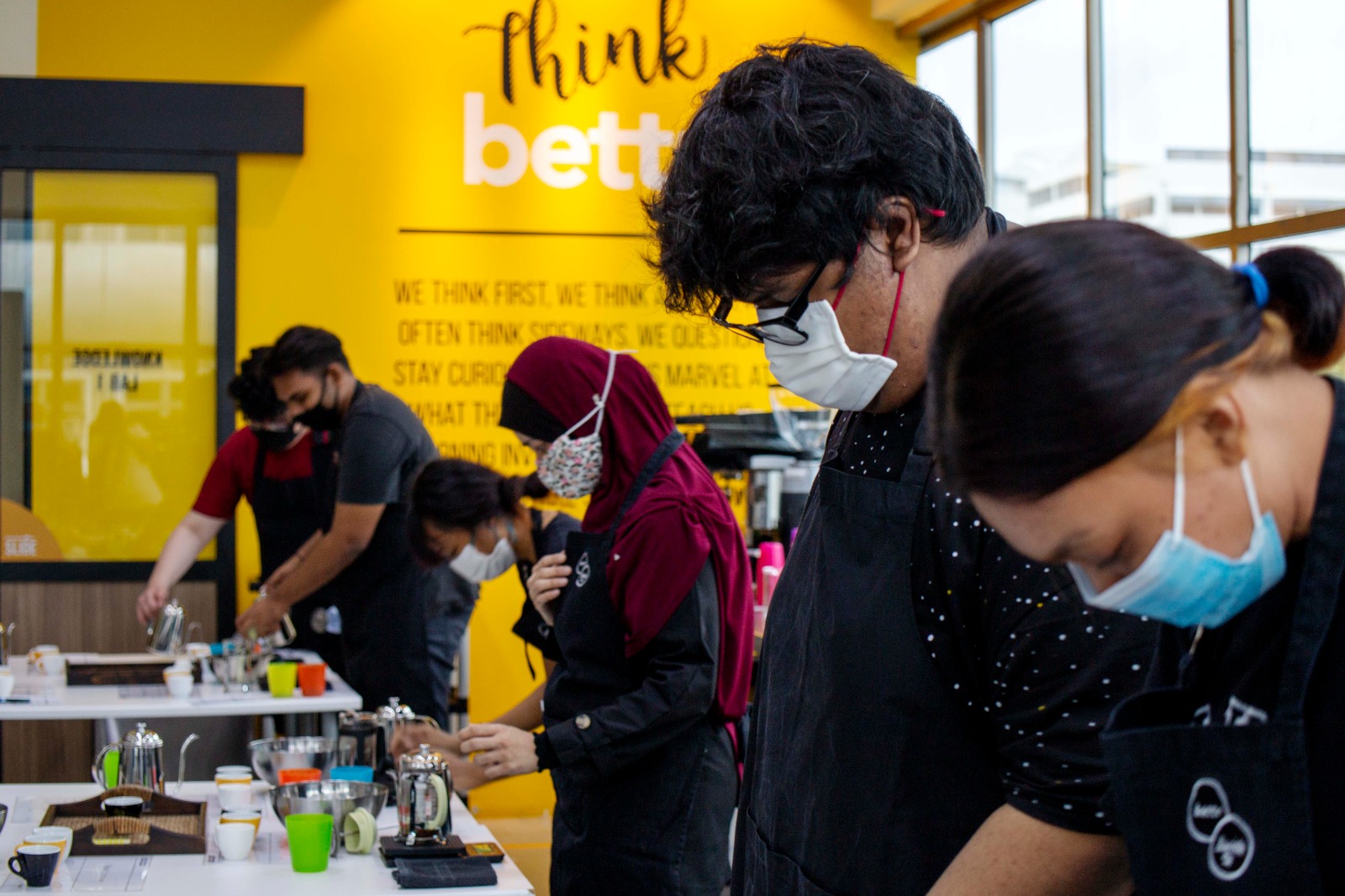 The funding provided has allowed two social enterprises, the Bettr Barista Coffee Academy and Dignity Kitchen develop a more standardised training programme for their students, as well as expand the number of training places available to aid more disadvantaged groups to enter the workforce.

Both social enterprises were covered in the story, along with the experiences of a beneficiary that had benefited from the programme. It was reported that the two enterprises had provided training for 115 people from April 2020 to March 2021, and managed to get 73 people employed, out of the 91 that had completed the training. Amongst the 73 employed, 55 of them remained employed for more than three months, showing the success of the programme.

The first story covers the journey of Jiefan, an 18 years old who had dropped out of school a few years prior and was on probation due to violating the law. He went through 20 interviews in two months, yet was not hired due to his probation and surveillance sentence. After a recommendation from his social worker, Jiefan received training at the social enterprise Bettr Barista, where he not only learned how to brew coffee, but also to control his emotions and improve his communication skills.

The second story talks about the experience of Jerry Tan, 23 years old, who had suffered from a stroke four years ago back in his second year in Singapore Polytechnic. While he survived, the left side of his body was left stiff and weak, and his left arm still remains unresponsive up till today. In addition, with the vision in both of his eyes also affected, Jerry was disadvantaged physically. He underwent a one-month training course in Dignity Kitchen to complete a series of Workforce Skills Qualification (WSQ), following which he worked in a Japanese restaurant for about a year, before returning to Dignity Kitchen to serve as a cashier due to Covid-19. Jerry is now currently helping to train other colleagues with physical disabilities while he considers his future education and career.

The article also featured a quote from Joyce Teo, Deputy Chief Executive Officer of CFS, explaining how the disadvantaged people also needed some training to adapt to the workplace environment, as most of them had never gotten a chance to enter a formal workplace in society. She also spoke about how she hoped that the public could actively support and donate to the LIFT fund to help subsidise the training fees for the socially disadvantaged population, which could cost $5,000 per individual on average.

If you would like to support someone in their journey towards sustained employment opportunities, please visit our donation drive on Giving.sg here.