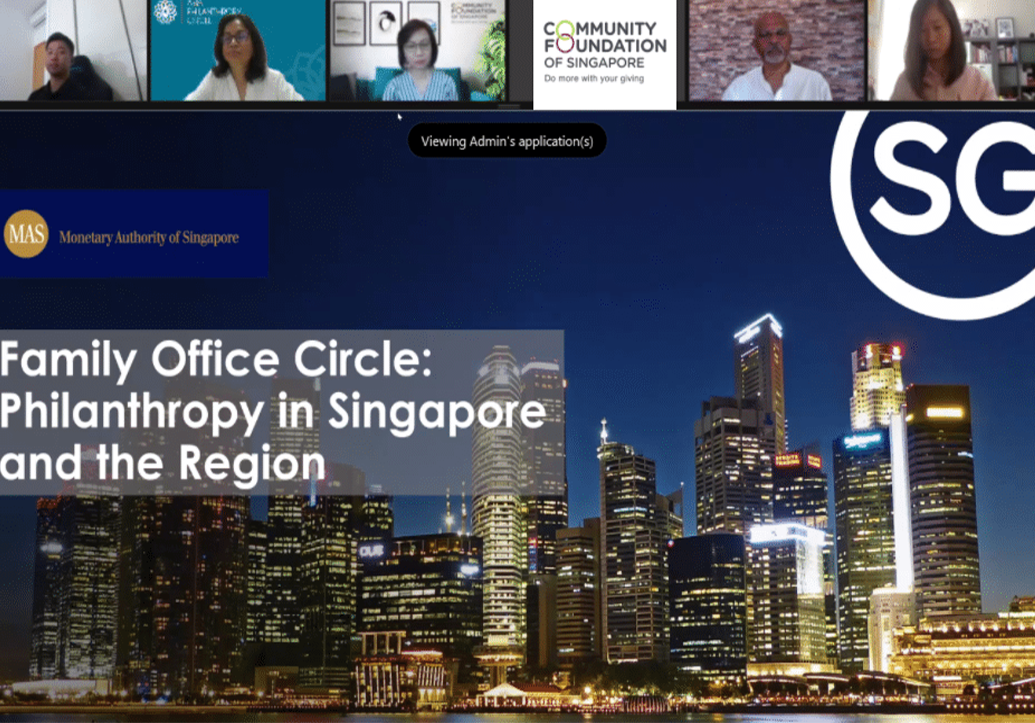 The Community Foundation of Singapore’s (CFS) CEO, Ms. Catherine Loh, was invited to speak at a virtual closed-door Family Office Circle event titled Philanthropy in Singapore and the Region on the 22nd of July, organised by the MAS-EDB Family Office Development Team[1] in partnership with the Asia Philanthropy Circle (APC) and CFS.

The event was attended by 55 international and local participants, involving single family offices and family foundations who had either set up or are setting up a presence in Singapore.

Ms. Kelly Teo, Deputy Director and Head of MAS’ Banking Development Division, observed in her opening remarks that there was an increasing interest among single family offices, especially those involving the next-generation, to give back to society such as through  philanthropy. This sentiment is corroborated by the UBS Family Office report 2020 which found that philanthropy is becoming the most important activity by the time of the third generation. However, many were unsure about how to start and who to give to. The Family Office Circle event was hence organised to share with single family offices about the philanthropy landscape and giving opportunities in Singapore and the region.

The crucial role of Philanthropy in Singapore

Catherine spoke about the need for philanthropy in Singapore, despite being widely regarded as a wealthy country. She explained that due to the widening income gap, social inequality is deepened in our society, and philanthropic donations are needed to provide relief to those in need and to find long term solutions to reduce social inequality.

While Singapore does not have absolute poverty, relative poverty is a concern here. Research has shown that a family of 4 needs between S$2,500 to $2,950 a month in gross household income to live decently.

The Covid-19 pandemic has hit the lower income more seriously than those with higher incomes.  The lower income and less educated are likely to find it challenging to pivot and adapt to a workplace that is changing due to technological advancements.

Singapore also requires solutions to a rapidly ageing society.  Other critical areas of need would be looking at issues related to mental health and environment.  All these issues are critical to the future stability of Singapore.

When asked about how we could support those who are most in need, Catherine answered that she would prefer donors to ask what kind of social change they would like to see instead. She said that asking that question would lead to effecting long term change, for instance, helping the poor to get out of the poverty cycle.

Catherine also extolled the benefits of participating in philanthropy, citing that families who engage in it together are happier and pass down shared values to the next generation. Philanthropy also reduces the income gap and promotes cohesion in countries, and benefits the rest of the region as well through exchange of expertise and the replication of successful philanthropic pilot programs.

Catherine was delighted to have Mr. Govind Bommi, the Founder and Chairman of Filtrex Holding Pte. Ltd, to share his inspiring giving journey as a donor of CFS and what motivated him to give.

CFS donor Mr. Govind Bommi came from very humble beginnings. He was born in Bangalore, India, to a family of six children who lived off a single income.

Despite his family’s modest background, it was his mother’s generosity towards the beggars who came to his house in the evenings that made the deepest impression on him. It was her philosophy towards helping others that struck a chord with him and formed the basis of his own giving nature, leading to the founding of the Andal Cares Fund, named in honor of his mother.

Mr. Bommi now considers Singapore his home, after moving here 20 years ago. He set up a water filtration and purification company, and says it’s best to participate in the community that one lives in and find out how best you can help others. Currently, Mr Bommi’s Andal Cares Fund is administered and managed by CFS, and supports rehabilitation programmes by the Metta Association.

The Philanthropy Landscape in the region and its opportunities

The CEO of APC, Ms. Mafruza Khan gave an introduction to APC and the work that they do while COO Ms. Stacey Choe spoke about the philanthropy landscape in the region, its key trends and opportunities to build a better Asia through philanthropy together. She also shared about the unique challenges that philanthropists faced in Asia and suggested how philanthropists can convene together and collaborate to catalyze the necessary changes.

If you would like to learn more about philanthropy giving in Singapore, read here.

[1] A strategic partnership between the Monetary Authority of Singapore and the Singapore Economic Development Board. 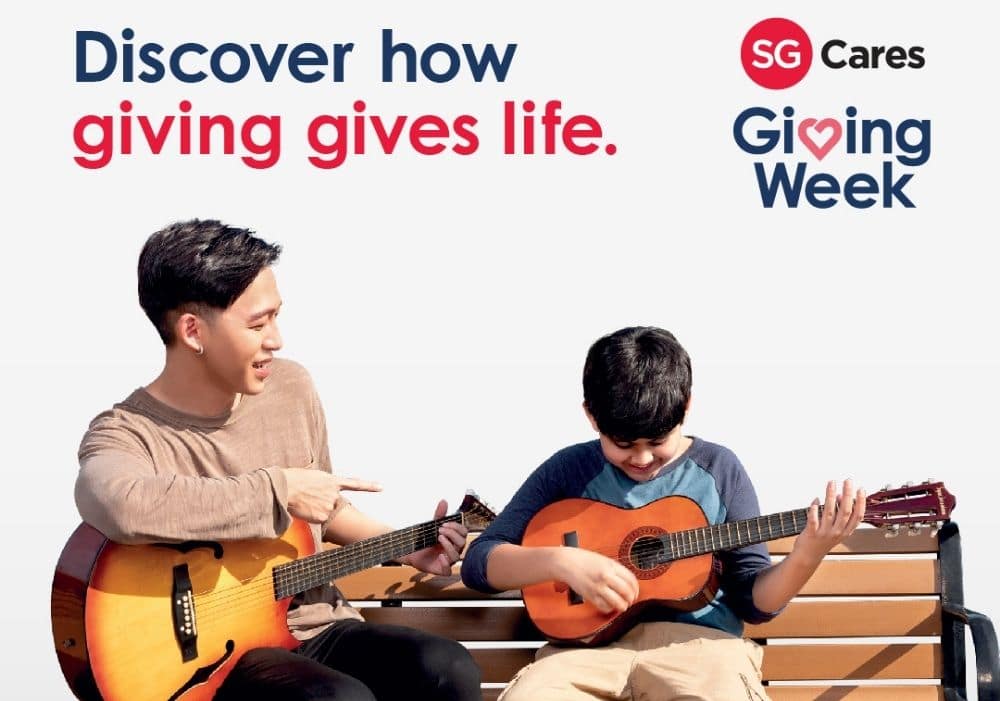 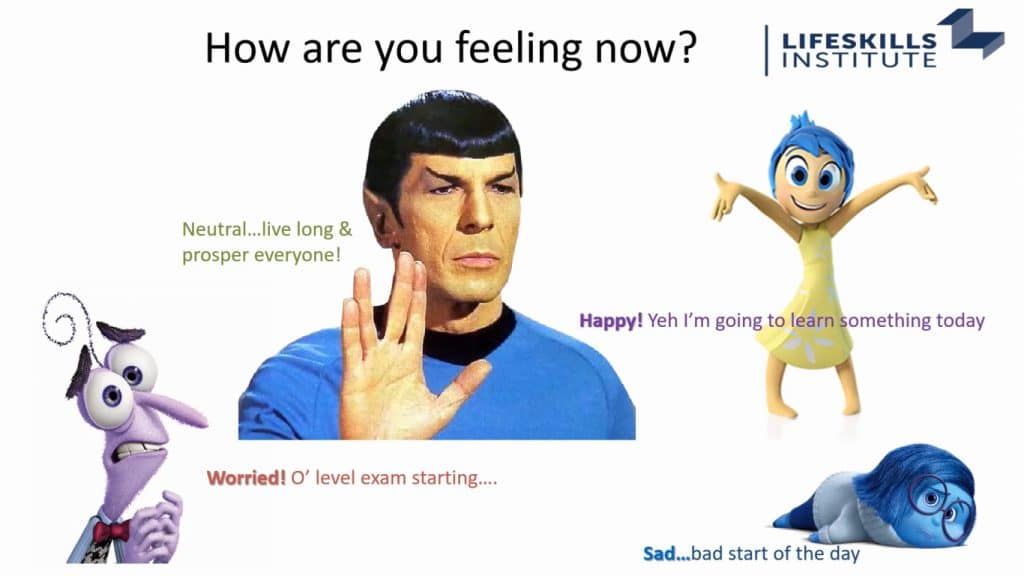