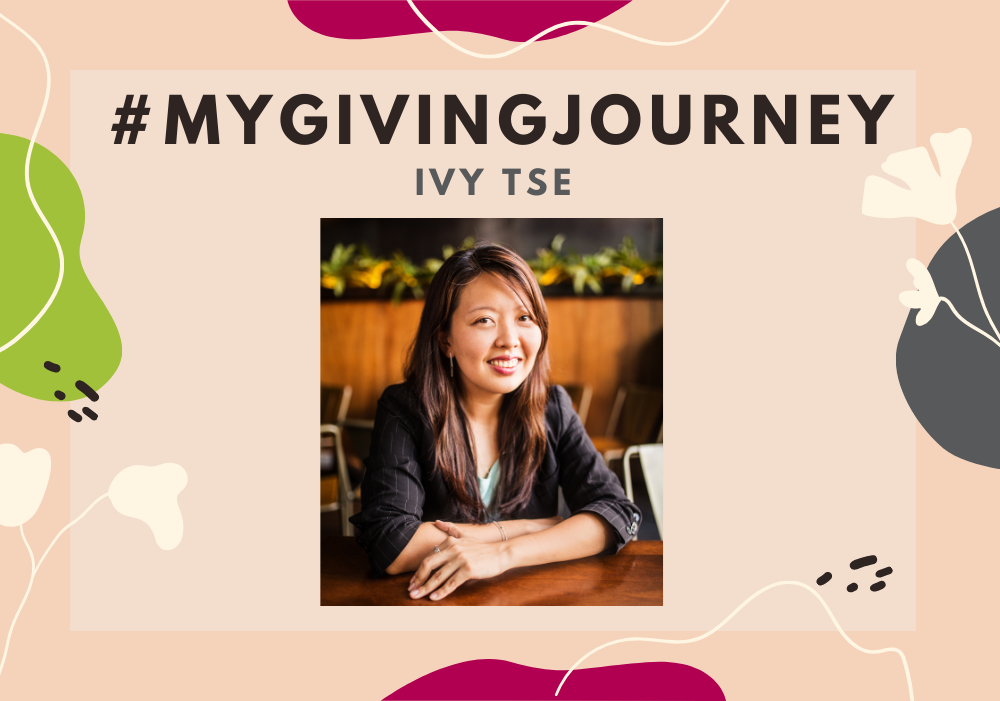 In our #MyGivingJourney series, CFS features extraordinary women in Singapore and their efforts in philanthropy. This story features Ivy Tse, CEO at Halogen Foundation Singapore.

At 35, Ivy Tse must be one of the youngest CEOs around. But the unassuming head of Halogen Foundation Singapore quips that she is more a “Chief Everything Officer”. In a day, her job can take her from fundraising to building partnerships to staff development – or even tackling a problem with the office printer.

A relatively small charity, Halogen runs on a team of about 21. Its mission is to transform the lives of disadvantaged young people through leadership, mentorship and entrepreneurship programmes. Ivy joined in 2012, when the team was about half its current size. And coming from global giant Procter & Gamble, she found she had to be a Jack of all trades in her new role organizing events at Halogen.

“You have to be very resourceful. If there is an obstacle, you find a solution,” she says. “It was humbling.” People also questioned her decision to ditch a lucrative career path at P&G. “They said, it’s so hard to get in, why would you leave?” she recalls. Plus, there was the financial aspect: moving to the nonprofit sector meant taking a pay cut of a third.

But the go-getter, who also describes herself as an idealist, was going through what youths now call a ‘quarter-life crisis’. She decided she wanted to immerse herself in work that counted. And she figured, “If it doesn’t work out, I can crawl back to the corporate sector and run twice as fast to make up for it!”

Ten years on, the dynamic Ivy, who runs marathons in her spare time, shows no signs of slowing down. Nor any regrets building a career empowering young people. Seeing how Halogen’s dedicated volunteers and partners help shy, apprehensive teenagers gain access to the social capital and soft skills needed to thrive in a fast-evolving world has brought her a lot of gratification. The Foundation has created more resilient youngsters, reduced school dropout rates and developed leaders who have gone on to make a positive impact in their communities.

Giving back has been a part of Ivy’s life since her school days. She chose CCAs that revolved around volunteer work such as Habitat for Humanity and Rotaract Club, while studying for a double degree in mechanical engineering and business at the National University of Singapore. She enjoyed hands-on volunteering but she also thrived on the organizational aspect of nonprofit work. And, she liked motivating people to participate in charitable causes and seeing them grow through that experience.

“That’s what I get to do now at Halogen,” Ivy notes. Her job also sees her working with the Community Foundation of Singapore (CFS) which helps donors and grant makers understand what nonprofits like Halogen do and matches them. For example, CFS linked up UBS with Halogen and the financial institution has helped fund Halogen’s Network for Teaching Entrepreneurship programme.

Ultimately, what Ivy is most proud of is growing and building a team that is really passionate about youth development. Her advice for young people who are mulling a career in social services? “It can really challenge you. It’s almost like being an entrepreneur,” she says. “And it is rewarding in so many ways.”

Begin your own journey of giving with CFS. Read other inspiring stories of #MyGivingJourney series here.