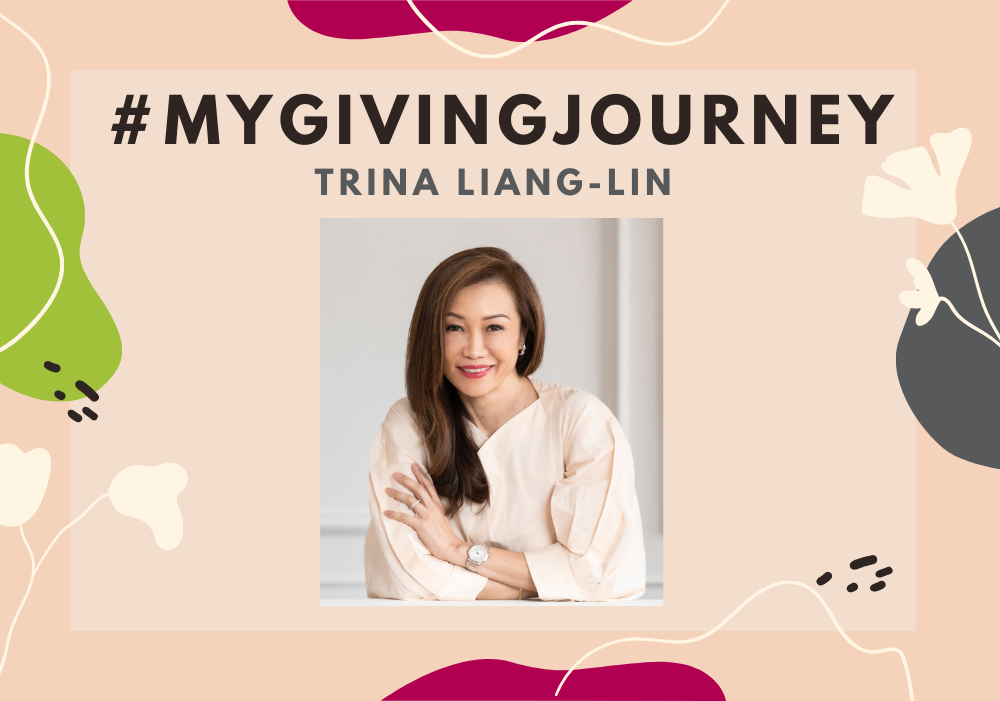 #MyGivingJourney is a series by CFS to celebrate inspiring women and their work in the philanthropy sector. We are proud to feature Trina Liang-Lin, Managing Director at Templebridge Investments and Board of Director at CFS.

Trina had a back to nature, farm to table experience growing up. Right up to the late 80s, her father’s family-owned farms in Lim Chu Kang, raising chickens, ducks and cultivating vegetables. That gave her a front row seat to the benefits of producing our own food and using natural resources thoughtfully.

Today, Trina is investing her time and resources to push eco-consciousness to the top of our agenda. In November 2021, she led the launch of Women in Sustainability and Environment (WISE), the first women’s society in Singapore to focus concerted gender action towards Singapore’s Green Plan 2030 and the United Nations’ Sustainable Development Goal 12.

WISE hopes to educate and empower a community of women who, in their roles as consumers, business owners and professionals, can move the needle on creating a greener world. This will be done through lectures, mentorships and awards. “Climate change disproportionately affects women and girls around the world so it is important for women to be represented in eco leadership circles and in green economy jobs. We need greater participation, inclusiveness and visibility of key female stakeholders in sustainability and climate advocacy,” says Trina, who works for a US$5 billion global fund where she focuses on clean energy investments in Southeast Asia.

Trina has been elbow-deep in social and community work for much of her professional life. The causes she champions are decidedly diverse: she has given her time and expertise to uplift women, the arts, education and animal welfare. She helped found the Financial Women’s Association Singapore, which offers women in finance a support network, and was a past-President of UN Women (Singapore). She is currently Singapore’s representative to the G20 for Women.

Her giving journey has seen her serve on the boards of the National Volunteer and Philanthropy Centre, Singapore Council of Women’s Organisations and Sentosa Development Corporation. In line with her passion for conserving wild species and their habitat, she currently volunteers on the boards of the World Wildlife Fund for Nature (WWF-Singapore) and the Society for the Prevention of Cruelty to Animals. That’s not all: Trina is also a board member of Victoria Junior College and the Singapore Repertory Theatre.

For their 20th wedding anniversary in 2016, Trina and her husband Edmund Lin established a foundation to give back in a more strategic and effective way. They explored different avenues but opted to go with CFS as it works closely with over 400 charities across a wide spectrum and can establish philanthropic funds seamlessly and quickly. Their Lin Foundation has supported causes that resonate with them, such as education, where they fund scholarships at Singapore Management University.

“We decided to start giving back relatively early as we want to start making an impact now rather than later,” says Trina. “This is a long-term commitment for us and with CFS expertly guiding us in managing a foundation and making grants, our giving is optimised and can be scaled up further.”

Begin your own journey of giving with CFS. Read more stories about the #MyGivingJourney series here.