The Community Foundation of Singapore is guided by a diverse and dedicated Board of Directors which exercises prudence in their stewardship responsibilities and shares the passion for improving lives and strengthening communities. 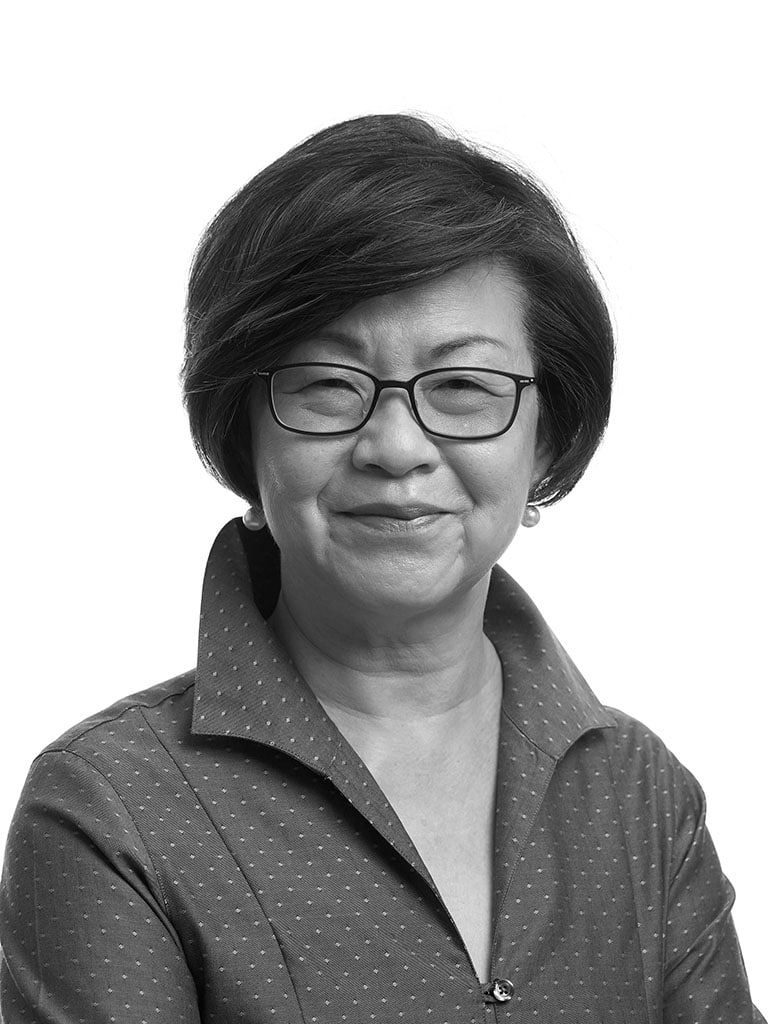 Christine Ong has more than 30 years of experience in the financial services industry. For the past 15 years, Christine has worked in leadership roles in Wealth Management, at Citibank and UBS. In 2010, she was awarded the IBF Distinguished Fellow. In her current role as a leadership coach, she consults with senior executives at multi-national companies and non-profit organisations.

In 2019, Christine was awarded the Public Service Medal (PBM) by the President of the Republic of Singapore.

As an alumna of the University of Singapore (Accountancy), Christine has long been involved in volunteering and mentoring in education and community regeneration. She has served on several non-profit boards, including most recently as Chairman of Arts House Limited.

Christine joined the Board in 2018 and was appointed Chairperson on 1 April 2019. She is a member of CFS’s Finance & Human Resource Committee, Nomination Committee, Programmes & Grants Committee and the Technology Taskforce.

She is now a senior executive coach with IJ Martin & Co Ltd, a global coaching boutique providing coaching and mentoring services for key executives. Most recently, she served as chairperson of the Board of Directors for AWWA Ltd, a social service agency serving over 16,000 persons across life stages. Janice has also served on various sub-committees of the National Council of Social Service and is a founding member of the council of advisors for the Young Women’s Leadership Connection. She was also the chairperson for the banking sector for the Singapore Ministry of Manpower initiative, Work-Life Harmony.

Janice graduated from the London School of Economics with a degree in Bachelor of Science (BSc) (Econs).

Janice joined the Board on 1 September 2019. She is the Chair of CFS’s Programmes & Grants Committee. 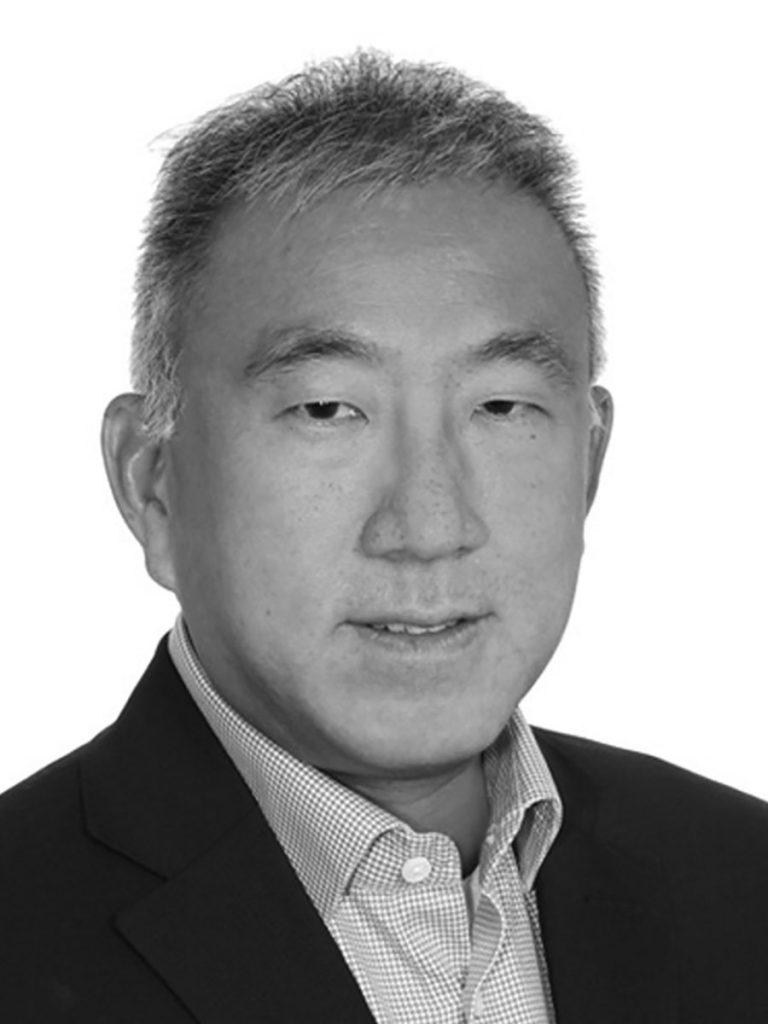 Chew Kwee San is an Executive Director of The Tecity Family Office, which is a single family office investing in public listed equities globally. The Tecity Family Office is part of the The Tecity Group which comprises a public-listed arm, Straits Trading Company Limited and a philanthropic arm, The Tan Chin Tuan Foundation. As a Council Member of the Tan Chin Tuan Foundation in Singapore, Kwee San oversees the evaluation of applications and the disbursements of grants in Singapore and ASEAN.

Kwee San serves as a volunteer with the Community Chest, the fundraising and engagement arm of the National Council of Social Service.

Kwee San holds a LLB (Hons) from the University of Nottingham.

Kwee San joined the board on 1 May 2020. He is the Chair of CFS’s Nomination Committee and a member of the Programmes and Grants Committee. 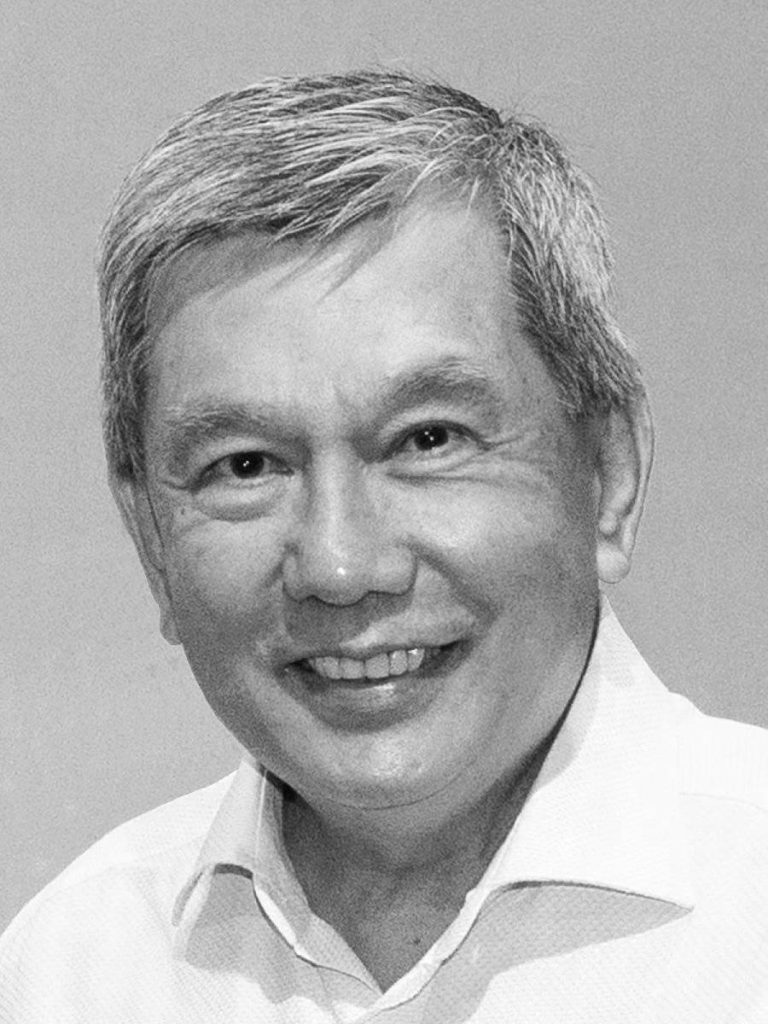 Choo Chek Siew was the Group Chief Financial Officer (CFO) at ComfortDelGro Corporation Limited, where he was awarded the Best CFO at the Business Times Singapore Corporate Awards. Prior to that, he served in various Head of Finance positions at Citibank N.A, Union Bank of Switzerland, Oversea-Chinese Banking Corporation and DBS Bank.

Chek Siew is currently a member of the Board at Wild Rice @ Funan, a leading theatre group. Previously, he was Chairman of the CFO Committee of the Institute of Chartered Accountants of Singapore, and served on the Singapore Accounting Standards Board of ACRA as well as the Advisory Board of the Singapore Management University’s School of Accountancy. He was also a past President of the Singapore Association of the Visually Handicapped.

Chek Siew holds a Bachelor of Economics (Hons) from the Australian National University and is an Australian Chartered Accountant. In his spare time, Chek Siew enjoys food and wines, travelling, hiking and the visual arts.

Chek Siew joined the board on 1 September 2022. He is the Chair of CFS’s Finance & Human Resources Committee. 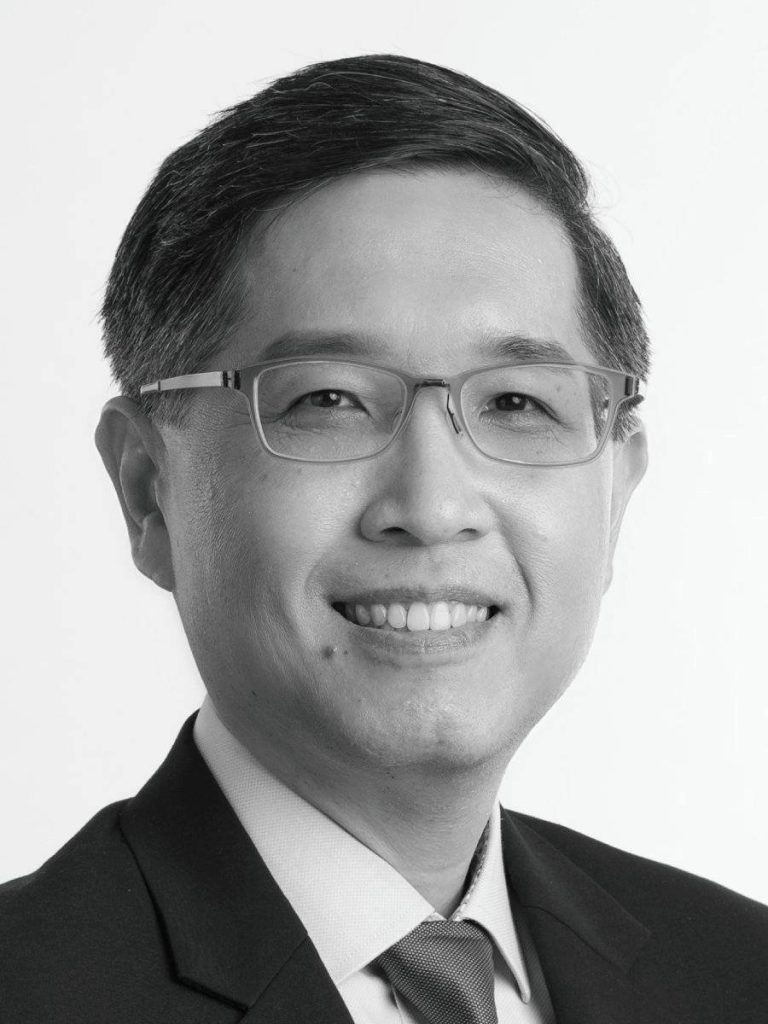 Lam Yi Young is currently Chief Executive Officer of the Singapore Business Federation (SBF). Prior to joining SBF in July 2020, Yi Young spent 24 years in the Singapore Civil Service, including 11 years in Senior Public Sector Leadership positions like Deputy Secretary (Industry) in the Ministry of Trade and Industry, Deputy Secretary (Policy) in the Ministry of Education, and Chief Executive of the Maritime and Port Authority of Singapore.

Yi Young has a Master of Arts in Engineering from the University of Cambridge and a Master in Public Administration from Harvard University.

Yi Young joined the board on 1 September 2022. He is the Chair of CFS’s Donor Relations Committee. 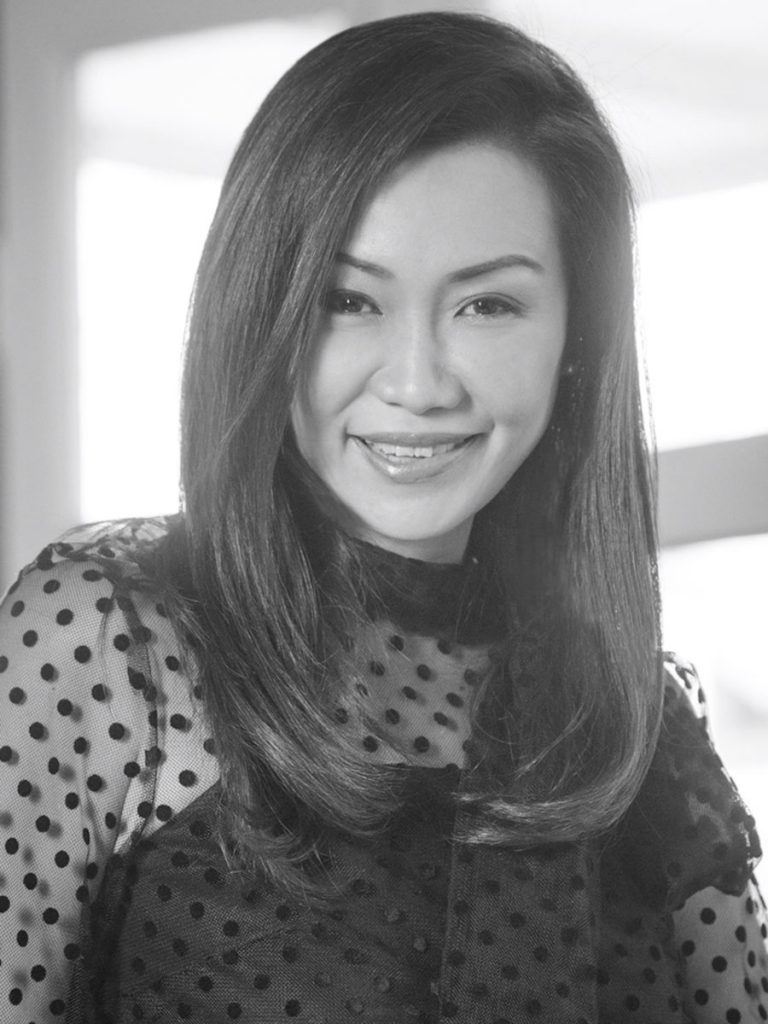 Trina Liang-Lin is a fund manager for a US$5 billion firm focused on renewable energy investing in Asia. She is a pioneer and specialist in the Asian bond market securities sector and has held senior positions in several global investment banks in Hong Kong, New York, London and Singapore.

Trina is Singapore’s current representative to G20 for Women and President of Women in Sustainability and Environment (WISE) Singapore. She serves on the Boards of Directors for several non-profits, including the Singapore Repertory Theatre, SPCA Singapore, United Women College, Victoria Junior College and the World Wildlife Fund for Nature.

Trina and her husband, Edmund Lin, have long been involved in the field of philanthropy and, believing in the importance of giving back, they set up the Lin Foundation with CFS in 2016. In November 2018, they were named Forbes Asia’s 2018 Heroes of Philanthropy, and in the same month, Trina was awarded the Philanthropy Award from Tatler as well.

Trina holds a Masters degree in Finance and Accounting from the London School of Economics and a Bachelor’s degree in Economics from the National University of Singapore.

Trina joined the Board on 1 September 2018. She is a member of CFS’s Finance & Human Resource Committee. 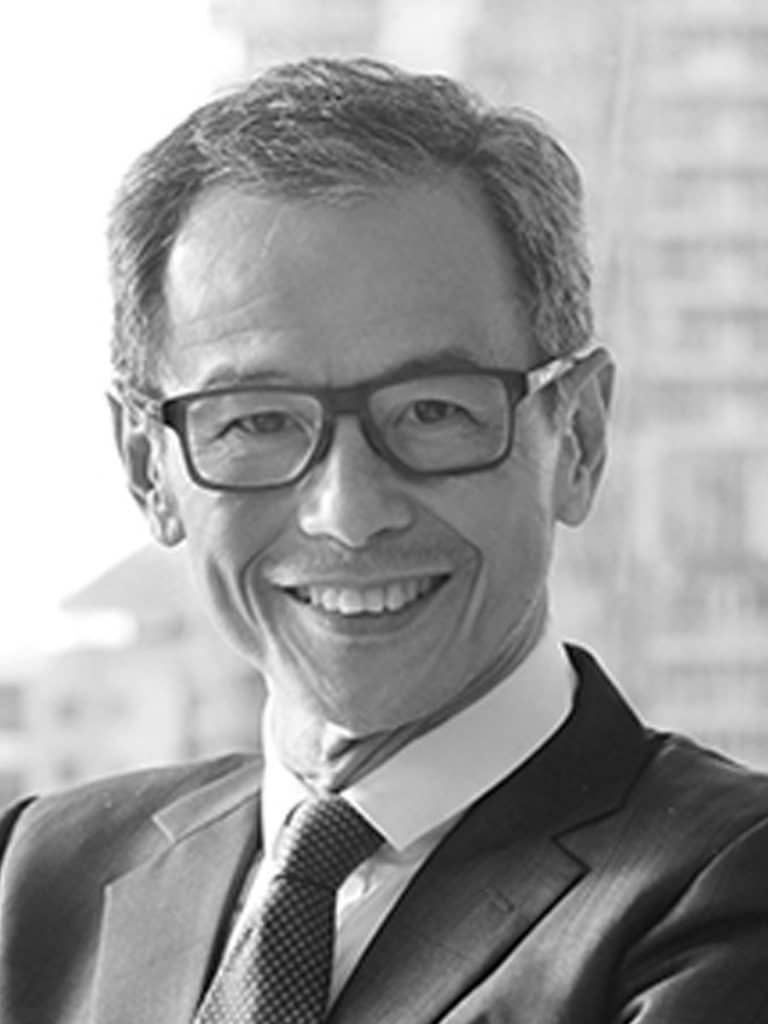 Ong Chao Choon is the Deputy Chairman and Advisory Leader of PwC Singapore, and the Managing Partner of PwC Myanmar. Chao Choon has been with PwC for over 30 years. He started his career as an auditor with Price Waterhouse, working in Singapore and Sydney. Over the last two decades, he has advised on M&A transactions, led various businesses in PwC’s Advisory line of service and set up PwC Myanmar in 2012.

Chao Choon joined the Board on 1 September 2020. He is the Chair of CFS’s Audit & Risk Committee. 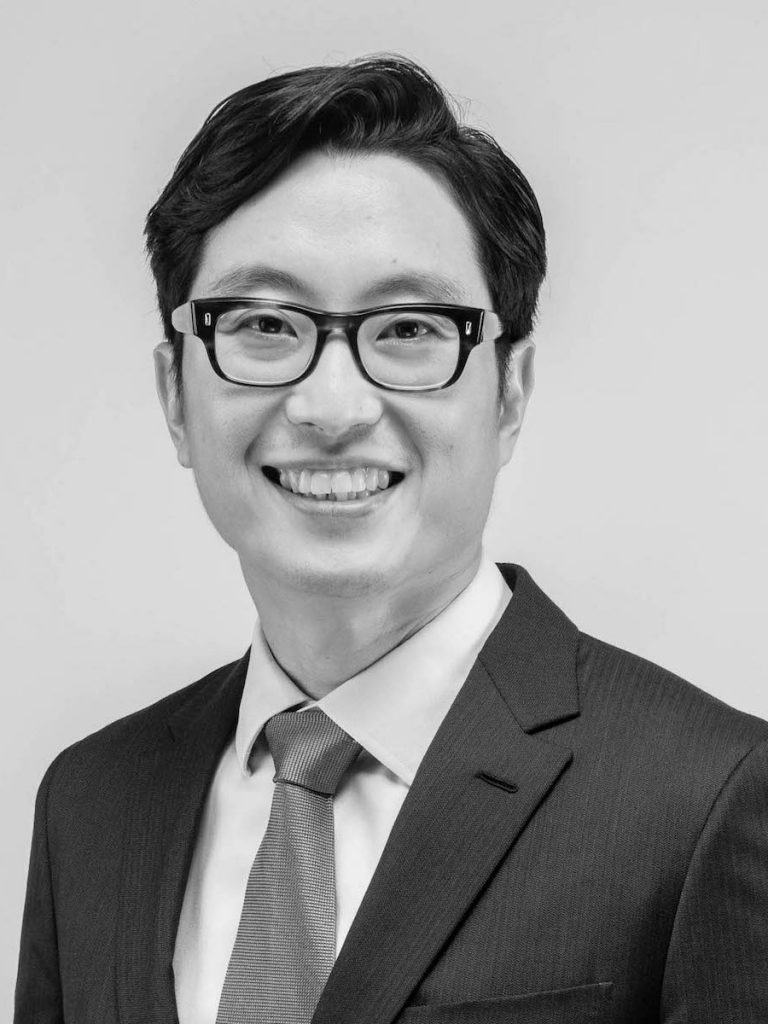 He is currently the Deputy Secretary (Community, Youth and Sports) at the Ministry of Culture, Community and Youth (MCCY).

Philip graduated from the University of Oxford with a Bachelor of Arts (First Class) in Modern History. He also holds a Masters in Public Administration from Harvard University.

Philip joined the Board on 12 September 2017 and is the representative from MCCY. He is a member of CFS’s Finance & Human Resource Committee and the Nomination Committee. 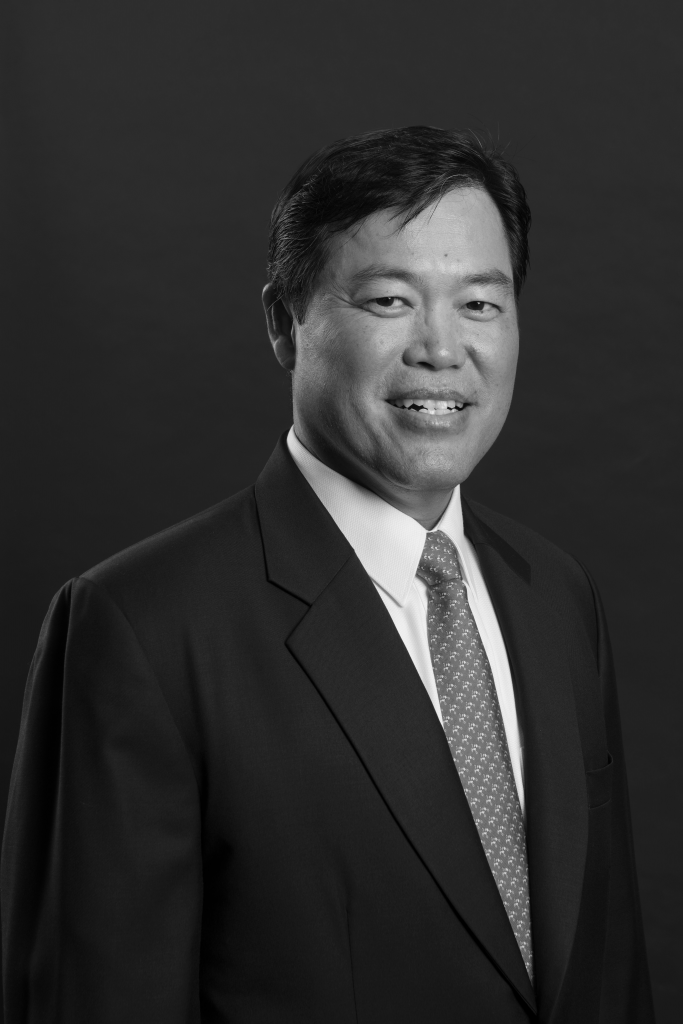 Seah Chin Siong is currently President and Chief Executive Officer of the Singapore Institute of Management.

Chin Siong joined the Board on 1 June 2021. He is a member of CFS’s Nomination Committee. 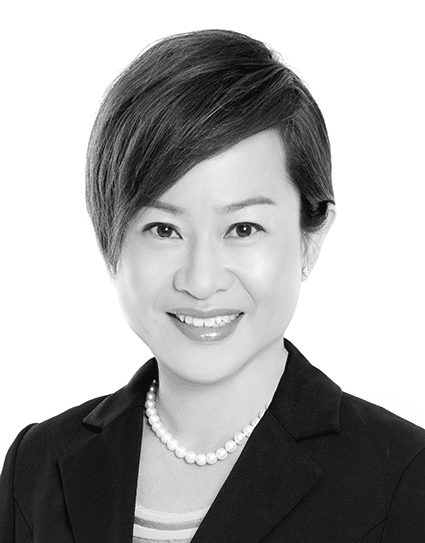 Adelene Tan joined the Government of Singapore Investment Corporation (GIC) in June 1990 after her graduation from the National University of Singapore (NUS). Her experience ranged from the management of GIC’s money market portfolio to global bond portfolio, alternative investment, foreign exchange and commodity.

In 2008, she became Managing Director and held the position of Director of the External Managers Department, which oversees the selection of external fund managers in the traditional as well as alternatives space for the GIC Portfolio. She retired from GIC in 2012.

She has been a CFA Charter holder since 1993, and has passed the exams required for the CAIA Charter.

She currently serves as a Member of the Investment Committee for the Ministry of Health Holdings, the Singapore Labour Foundation (SLF), as well as the Trinity Theological College. She also sits on the Board of Directors of SLF. In addition, Adelene acts as a Director for fund vehicles set up by various Hong Kong and Singapore regulated asset management companies.

Adelene holds a degree in Social Sciences (Economics) with honours from NUS.

Adelene joined the Board on 1 June 2021. She is the Chair of CFS’s Investment Committee. 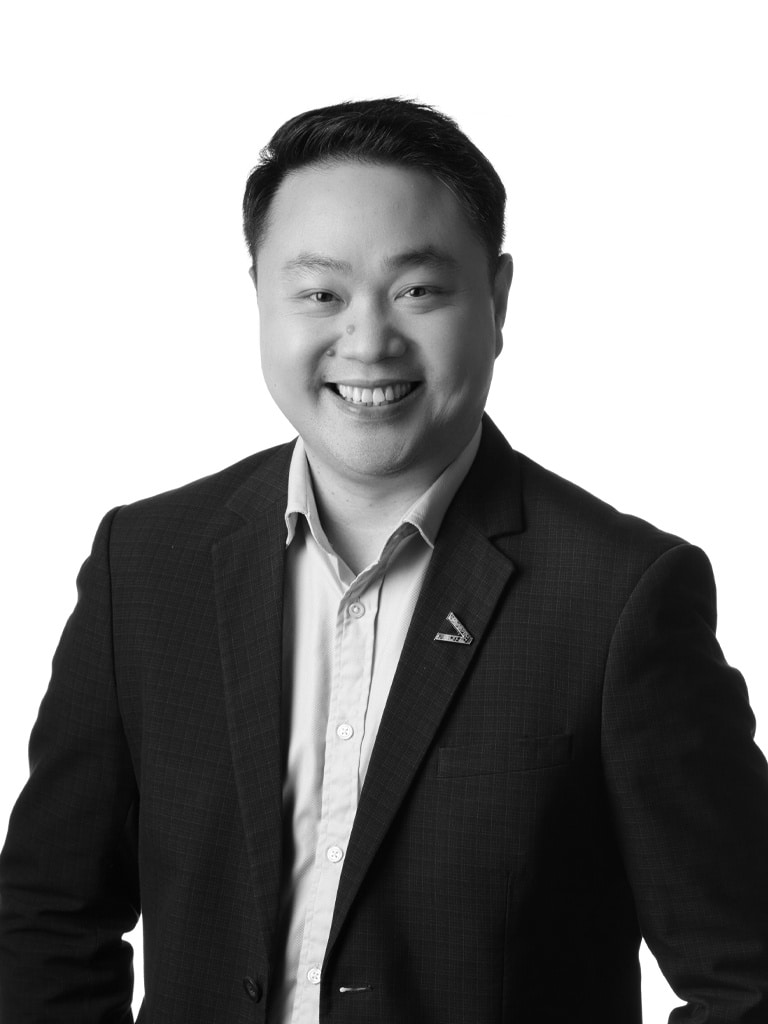 Mark Tham is currently a Managing Director in Accenture where he leads the Health & Public Service in Southeast Asia and manages the key client relationships as the Client Group Lead. Having over 21 years of professional consulting experience, Mark has led major change initiatives for government agencies. These include helping clients harness technology for effective business transformation and leading teams on major projects that align and integrate technology strategy and execution for business success. His areas of expertise include digital citizen services, journey to cloud, and supporting the shifting role of government in improving the lives of citizens and helping businesses thrive.

His passion lies in assisting his clients to meet the needs of citizens, businesses, and public servants by harnessing the power of transformative technologies and becoming a truly data-driven organisation that analyses, shares, and acts on data insights to make a lasting difference in people’s lives. In his career with Accenture, Mark has worked with a variety of clients in Singapore, Brunei, Australia, and Vietnam.

Outside of Accenture, Mark serves as the Honorary Secretary of the ITMA Executive Council in Singapore. He is the Vice President of the Imperial College Alumni Association of Singapore and sits on the Board of Directors of a few charities.

Mark graduated from the Imperial College London with a degree in Materials Science and Engineering with top honors. He is currently based in Singapore.

Mark joined the Board on 1 September 2021. He is the Chair of CFS’s Technology Taskforce. 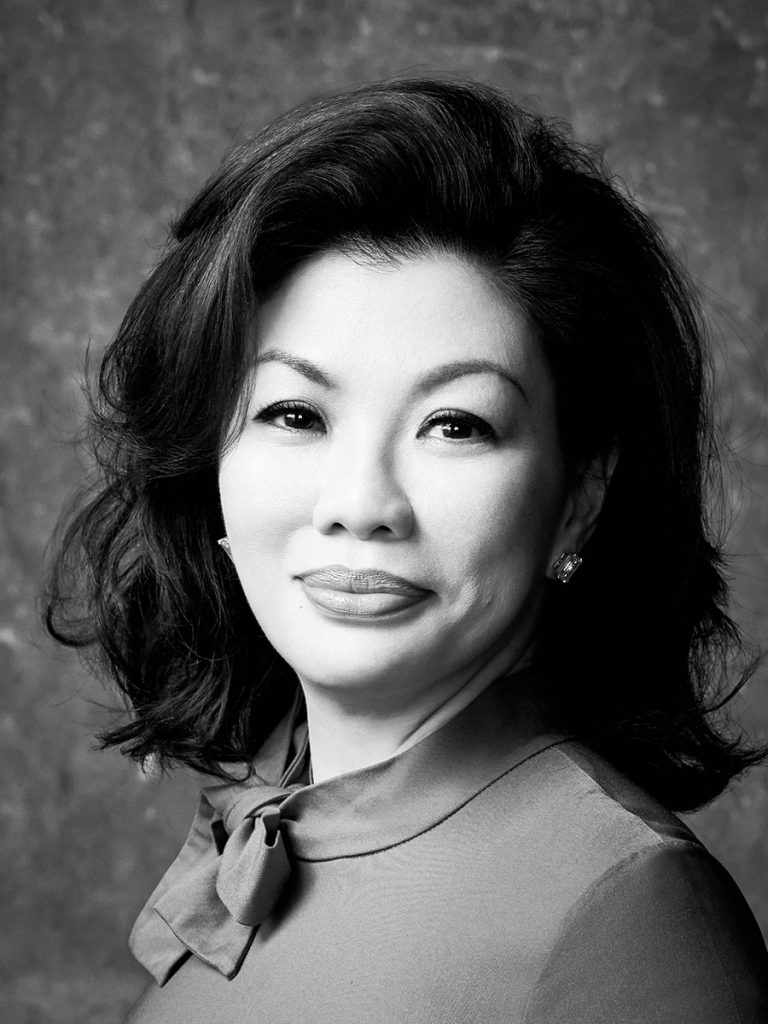 Stefanie Yuen Thio is the Joint Managing Partner of TSMP Law Corporation which she co-founded in 1998, and heads its corporate practice. The firm won the National Volunteer & Philanthropy Centre’s President’s Volunteerism & Philanthropy Awards in 2018, and was named a Champion of Good by the same organisation in 2017, 2018 and 2020.

Stefanie volunteers at Project Law Help, an initiative of Law Society Pro Bono Services, and is a member of the Singapore Art Museum Development Committee. Stefanie’s previous involvements with charities include Operation Smile Singapore Ltd., IC2 Prephouse Ltd. and Dover Park Hospice, all of which are registered Singapore charities.

She is an avid advocate for gender diversity and leads TSMP’s women empowerment initiatives for which the firm was named Best National Firm for Women in Business Law and Best Gender Diversity Initiative in 2014. Stefanie is a member of the Alliance for Action to tackle online harms especially those targeted at women and girls set up by the Ministry of Communications and Information in July 2021.

Stefanie holds a LLB (Hons) from the National University of Singapore and has been in practice for 27 years, specialising in mergers and acquisitions and equity capital markets transactions. Stefanie is an independent director of various SGX listed companies and is also the chairperson of ESR-REIT.

Stefanie joined the Board on 10 June 2014. She is a member of CFS’s Donor Relations Committee.